The duo from NoBa-Modelle is currently taking it easier than usual. And yet there are still some appealing new products to report.

After three weeks of relaxing holidays, NoBa-Modelle continues a bit more quietly than we were used to recently. Nevertheless, there are some interesting novelties to present, which we had already included in Trainini 7/2021 . The Büssing BS 110 V bus, for example, is another important model for era III that is new to the range. It is even available as a moving model (item no. 6379R / 6379RF) and with open doors at the stop (6380R / 6380RF). For friends of tramway themes, a catenary measuring car (5707R) and a rail grinding car (5708R) of the SSB are new in the programme, which is further expanded by the two-axle railcar T2 (5706R) and a motorised finished model of the already known articulated railcar GT4 (5703RF).

As a preview for the next few weeks, NoBa-Modelle has mentioned a maize chopper (6620R), which will also be seen on the fields of Europe in the prototype in about two months and which we are already allowed to show here. 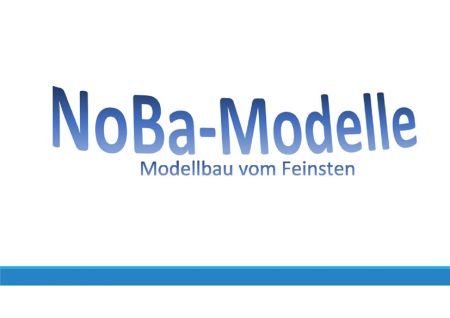